In a long tradition…that I am starting now, I’ve decided to do a post-facto running diary of Jack’s crazy couple of days at the Phoenix Comic-Con. Would it have been better to have done a diary that was actually running while I was AT the convention? Of course. Would it have been possible? I will let you judge for yourself as I lay out my crazy schedule.

But, before I begin that I want to start by saying that the best part of the con, apart from meeting people and spreading the word of the Charming Tales, was in interacting with the other wonderful authors at the various panels and signing events. I apologize in advance if I forget to mention anyone that I should have mentioned.

With that it is on to…

DAY 0: THE DAY THAT NEVER WAS (Thursday)

Opening day of the con I was scheduled to do a panel at 3PM called “Dragons and Rare Creatures”, which promised to allow us panelists to, “wax poetically about the winged creatures and the mythological beasts which influence and populate fantasy fiction today.” This would have been AWESOME, because The Charming Tales feature not one but two dragons quite prominently in their stories. (I mean check out these covers!) 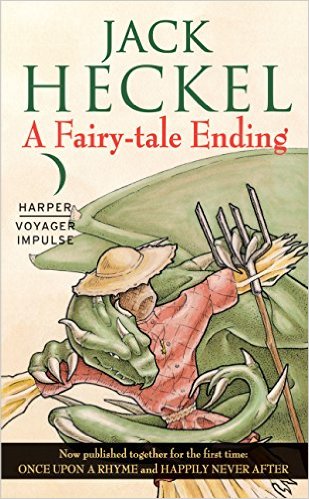 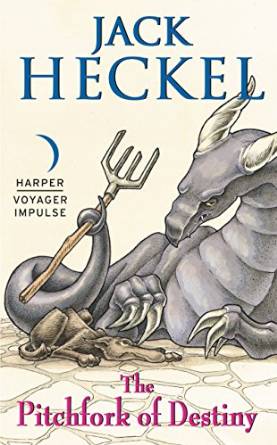 Also, it would have allowed little old Jack to sit alongside some AMAZING authors, including Alyssa Wong (or as she should be called: Nebula Award Winning Alyssa Wong), Aprilynne Pike (Yes, that one that wrote the kick-ass fairy series Wings, but more on her later), Christina Henry (whose Alice books I spent the whole con trying to buy, but couldn’t because they kept selling out!), Gini Koch (whose Alien series looks amazing), and…drumroll please…Todd Lockwood! Yes, that Todd Lockwood, the one that did like ALL the art for DnD 3rd Edition. 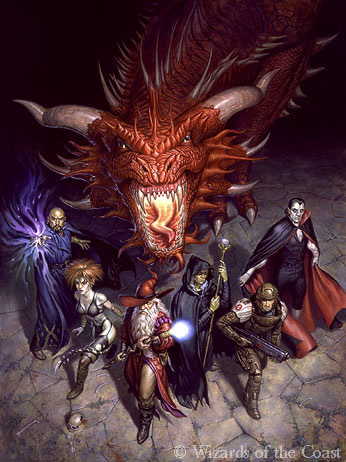 And, where was I at 3PM?  Writing patents. Needless to say, the con did not start out with a bang for old Jack. (I would sad emoticon here if I thought it really expressed my true angst.)

And the comeback began EARLY, because I was a little paranoid about getting my badge and finding my actual first panel–now having blown the panel of destiny from Day 0. Luckily, with a massive assist from Caroline Perny at Harper (publicist supreme)! In fact, I want to take this moment to thank everyone at Harper Voyager for arranging the con so wonderfully. This was a fantastic opportunity to get the word out on The Charming Tales and it wouldn’t have been possible without the support of the Harper team.

Time: 10AM (The Exhibition Hall)

The great news about waking up so early was that Jack and Jack’s sidekick throughout the con (Isaac) were able to be at the doors of the main exhibition hall when they opened.  What a scene! 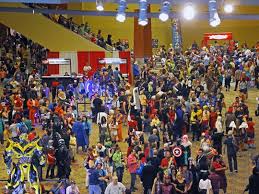 Time flew in the Exhibition hall and the next thing I knew I was sitting down for my first panel. Thankfully I had a second opportunity to meet Aprilynne. She had some very insightful comments on paranormal romance, which makes sense given her collection of work (I did mention she is the author of the popular Wings novels didn’t I?). She also revealed the cover for her next book Glitter which comes out in October and looks incredible! 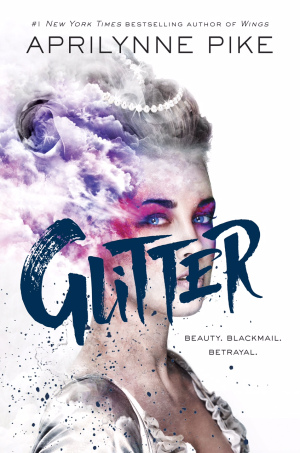 Sitting next to me at the panel was Jamie Wyman who is my new hero.  In addition to some amazing work with her urban fantasy series that follows technomancer Catherine Sharp (I know super cool name) as she dices with the gods in Las Vegas, Jamie also writes a series of mysteries about a Depression Era Sherlock Holmes  who works in a traveling circus. That is range!

Also at the table was Leanna Renne Hieber, who is another of my new heroes, not least of which because she writes some wonderful ghostly romance in the Magic Most Foul novels, but also because she came to the con dressed like this: 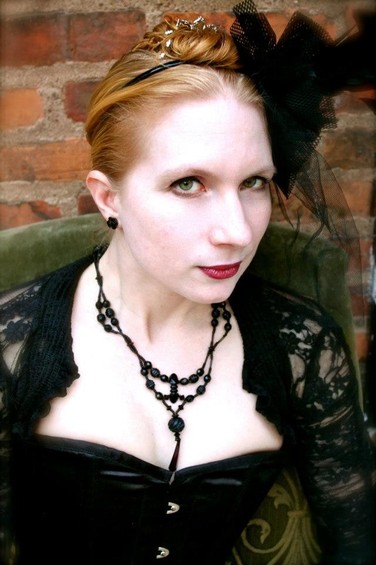 …and I came to know that this was merely “slightly fancier” than what she might wear any other day of the week. Perhaps this doesn’t seem so extraordinary, but did I mention the con was in Phoenix… in June… and it was 115 degrees outside!

And last, but certainly not least, was Kevin Hearne, he of the Iron Druid  series, and epic beard!

In all we had a great discussion about what makes a romance a paranormal romance: basically Romance (with a capital “R” as Aprilynne insisted, which means happy endings [clearing throat] read the Charming Tales) with something beyond the physical world we know, like fairies, or ghosts, or vampires, or gods. And also what is NOT a romance: a book where the love interests (one or both) die. (Sorry Romeo and Juliet you all must stay firmly rooted in the realm of tragedy.)

After the panel many of us went down for a couple of signing sessions, which were great because I got to sit next to Christina Henry (see my comments from Day 0) and fall absolutely in love with her two Alice Books. I mean look at these beautiful books and tell me you aren’t also in love with them. 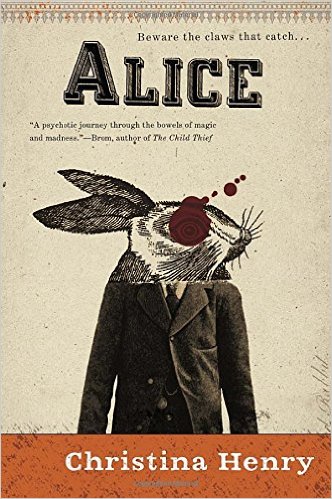 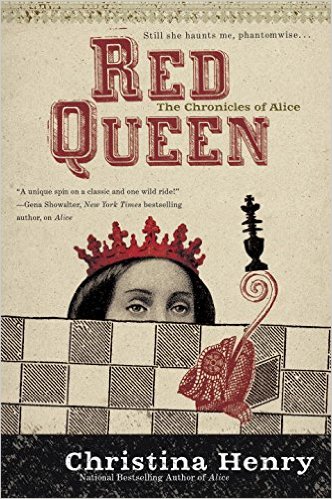 Oh, also at the signings was Patrick Rothfuss, yes, that Patrick Rothfuss. He was great, his children were adorable, and it was fantastic to see the enthusiasm of the crowd for his works. It is always a good thing to have something to aspire to.

After the con, Caro (Caroline Perny, remember the awesome publicist from before) took the Harper authors out for a drink. I got to meet so many of my favorite HarperVoyager authors I’d previously only known through Facebook. (More on all of them when we continue with Day 2 of the con though.) This evening was really Caro’s triumph. Again, what a great opportunity and all thanks go to Harper and its generosity throughout the convention.

And here we all were: Becky Chambers, Beth Cato, your own Jack, Lexi Dunne, Patrick Hemstreet and Sarah Remy in a knock-down battle for supremacy of the stage. The panel was billed as a chance for the audience to see each of our main character’s battle to see who would win in a fight.  Here is the character sheet I made up for Prince Charming: 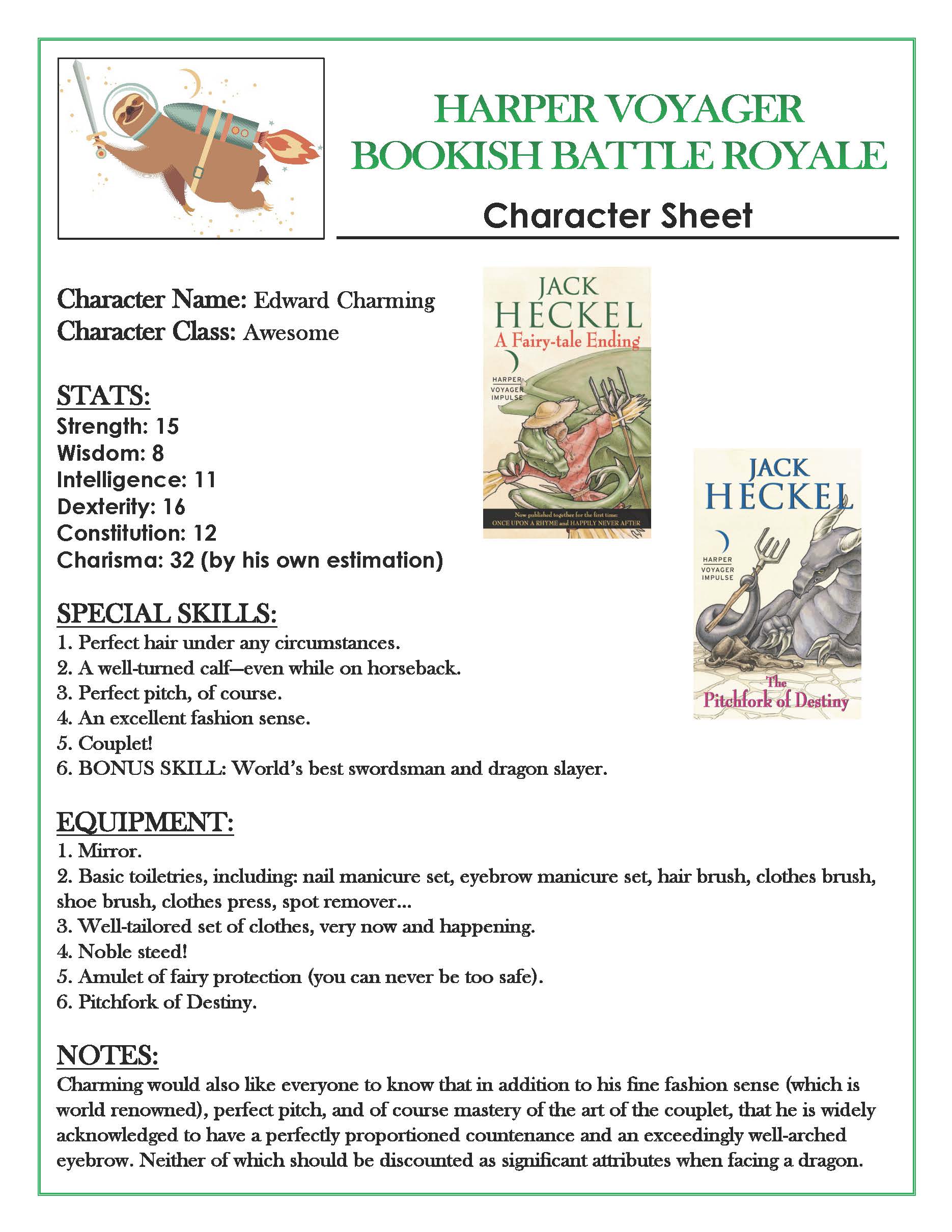 As you can image, the entire thing was more than a little tongue-in-cheek, although Charming did win his battle against none other than Richard Kadrey’s Sandman Slim, a hitman from hell! How did Charming win? It was all in the eyebrows my friend. You can never underestimate the power of a well-arched eyebrow in facing all the demons of hell!

It was actually a wonderful event that allowed all of us a chance to tell the audience a little bit about our novels and characters.  I’ve put up images and links to the latest works from the authors below. Please check them out:

But, beyond talking about our own books, we each also got a chance to talk about one of our Harper colleague’s books. Your friend, Jack, won that contest hands-down, because I got to talk about Bishop O’Connell’s American Faerie Tale series. There is nothing easier than talking about books you love so I definitely waxed on a bit about Bishop’s books and particularly Wraith, the main protagonist of his novel The Forgotten who is literally a math wizard. If that idea intrigues you even a little you need to read these books. 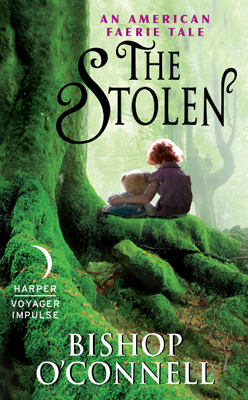 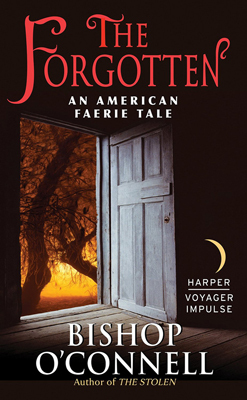 I had a nice long break after the session to unwind, which isn’t easy to do at a convention as big and wild as the Phoenix ComicCon. No matter where you look there is something you want to do. I checked out a couple of fantastic panels.

In “Fae vs. Foe” I got to hear about where faeries came from? What was their original intent? What have they become? And, why now they are so revered? This is obviously a topic old Jack loves to hear about and discuss. Later I wandered into a fascinating presentation about the evolution of Disney princesses over the years, another topic Jack’s written about now and then.

One of the best things about going to cons is meeting people that have just discovered your works.  I am happy to say at the next signing several people came up interested to hear about The Charming Tales and Prince Charming himself. In between selling people on the wonder of fairytales and fairytale humor I was able to chat with a couple more authors. Being the West Coast appendage of Jack I wanted to particularly mention Greg Van Eekhout. Based mostly on his description of the premise: a fantasy exploration of magic and heists on the mean streets of LA, I had to get the first volume of his trilogy, California Bones. Wow! It lives up to its billing. What a fantastic world he’s created. If you like noir and you like fantasy, and you can’t figure out which you should read, then this is the book for you. Highly Recommended! 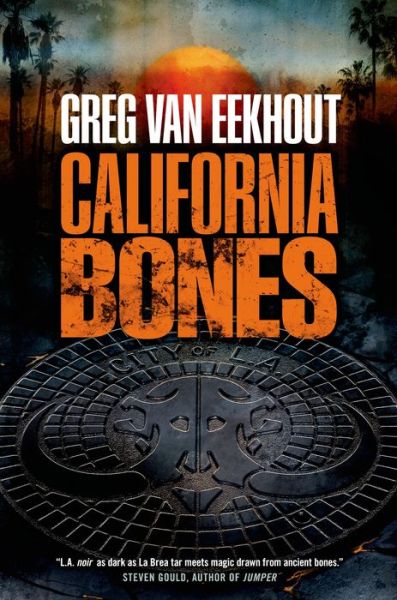 The last day of the con found me on a panel discussing how authors go about world building in epic fantasy. Greg Van Eekout, Michael Martinez, Sarah Remy and I spent a very fast hour discussing our very different views on how you go about building coherent (or as is often the case when dealing with egotistical fairytale characters, incoherent) worlds. Sarah and I were on the “pantsing” it side, while Michael and Greg were on the “plan it out” side, which only goes to show that, just like there is more than one way to skin a cat, there is also more than one way to write epic fantasy.

As the plane lifted off from “Skyharbor” airport (a cool name for an airport, even if the reality doesn’t quite live up to it) I was exhausted, but energized to get back to talking about The Charming Tales and writing Jack’s next novel. Jack’s two alter egos will be going out into the world this summer to bring Prince Charming and Elle and Will and Liz to as wide an audience as we can. Check out jackheckel.com for upcoming events and, of course, future releases!