On August 21, 2017, many people across the United States were able to view a total solar eclipse. Estimates put the number somewhere in the vicinity of 20 million. I was one of them and I wanted to share my experience.

I traveled from the East Coast to Grand Island, NE to see the eclipse from the Stuhr Museum of the Prairie Pioneer. They had a well-planned event, and were gracious hosts. We found an open spot near a NASA observation balloon launch site, some food trucks, a pioneer village church and a field. Having driven nearly 24 hours from home to experience 2 minutes of totality, I wasn’t sure what to expect. I had heard stories that described how day would become night, and I wondered how many stars we might see. I will confess to being concerned that it would be a disappointment, and my family would look at me as if I were crazy for the rest of my life (even more so than they do now.)

As the eclipse started, everyone began looking at the sun using their eclipse glasses. I found that carefully combining them with sunglasses made the viewing easier. As the eclipse started, nothing changed very much other than being able to see the orange ball of the sun being partially blocked. NASA launched a balloon, which with the wind trying to catch it, seemed much more exciting.

As the minutes ticked away, the temperature dropped and the intensity of the sun diminished. Standing in the sunlight wasn’t as hot as it had been when the day began. There was still little apparent change in the light until just a few minutes before totality. At some point, the light definitely dimmed, but even more than that, colors changed. Everything became softer and more muted. Excitement filled the crowd, and most people made sure they had an optimal place to view the event. For my family, that was a couple of blankets on the grass.

We put on our glasses and watched that last fiery sliver of the sun disappear, waiting for totality. A huge cheer arose when the sun went dark, and everyone took off their glasses, looked up to the sky and gasped. I have some pictures, but what our camera didn’t exactly match what my eyes took in. So here’s what I saw, accompanied by a few photos from Grand Island, which all give part of the view. 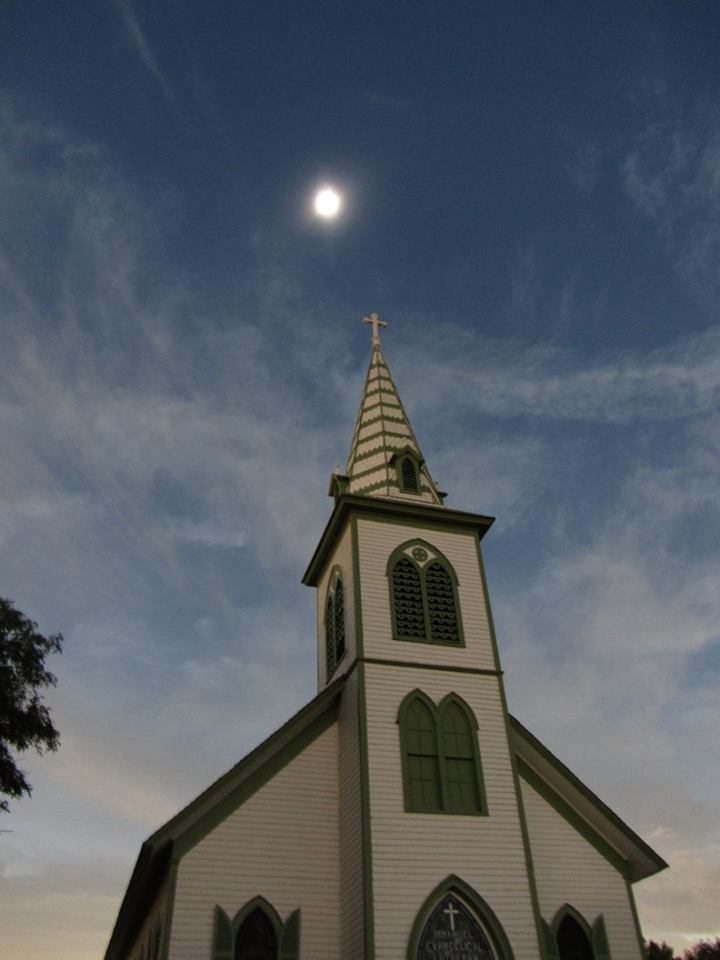 I was able to look directly at the sun, or at least the place the sun was supposed to be. What I saw was the dark orb of the moon, surrounded by a beautiful halo of soft white wispy light. It took a moment to register, because I had never seen anything like it before, and for the first time in my life, the sun had been replaced with something else, strange, beautiful and alien.

The sky wasn’t the dark night that I had expected, but rather a deep twilight around the eclipse, drifting downward into all the shades of evening. A few planets and bright stars could be seen in the sky. The nearby bands of clouds caught a faint rainbow, but the colors were strange – muted and dim, darker and fainter shades, a shadow or echo of the ribbon after a rainstorm. 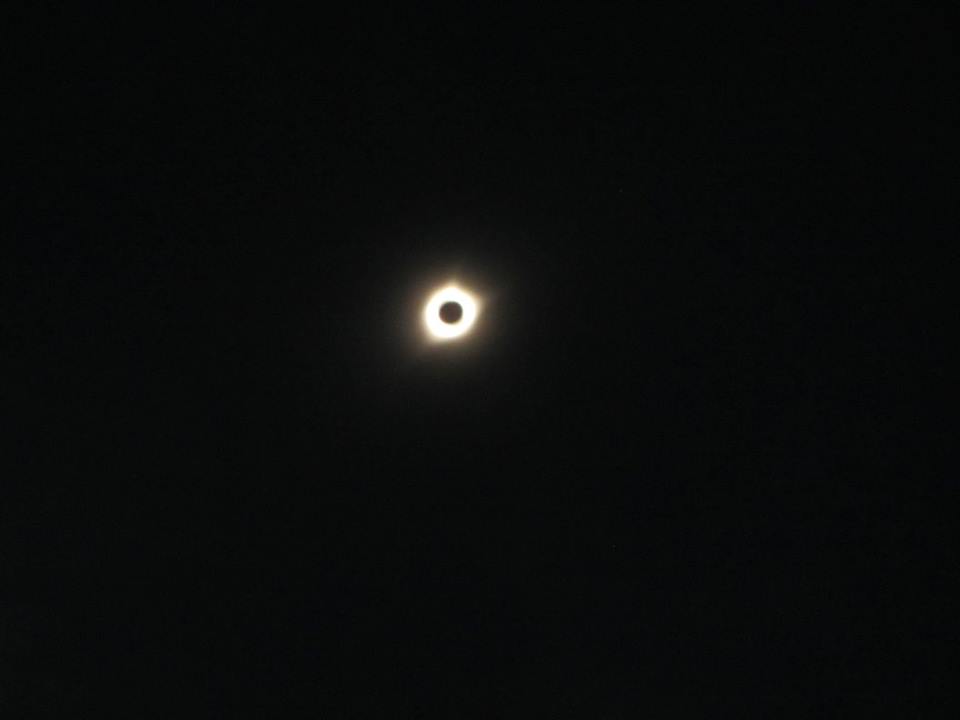 As my eyes reached the horizon (which Nebraska so generously offered), I saw the yellows and oranges of sunset, but unlike sunset, no matter which direction I turned, the colors remained in view. If looking at the sun had given me an eerie otherworldly feeling, it was only augmented by the sunset on the universal horizon.

Perhaps the most incredible feeling was seeing the joy and wonder on the faces of everyone around me. Smiles were shared between strangers and suddenly, we were all friends. Everyone was united in a sense that we were small parts of the magnificent glory of creation and the differences between us insignificant. The moment felt timeless and eternal, and I struggled to take in every instant. 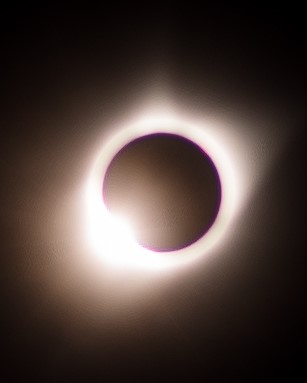 If you are in the United States and can go to the total eclipse of 2024, I strongly encourage it.

If you are anywhere in the world where you have a chance to appreciate totality, please do.

This was my first total eclipse, but I don’t intend to let it be my last.

If anyone has questions, comments or pictures, please share.