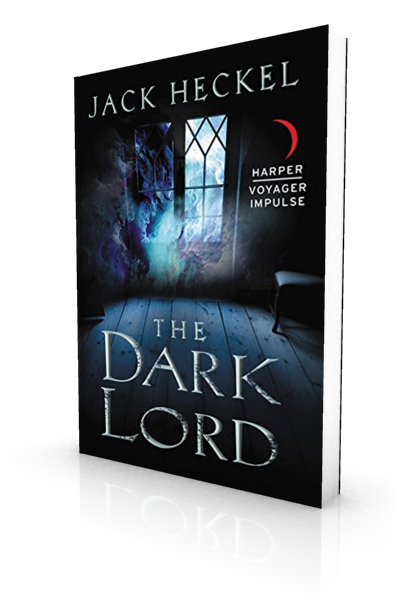 In this first novel of the Mysterium Series, a young man, Avery Stewart, travels into a dark and magical world, where dwarves, elves, and sorcerers dwell, to restore the balance between good and evil.

After spending years as an undercover, evil wizard in the enchanted world of Trelari, Avery hangs up the cloak he wore as the Dark Lord and returns to his studies at Mysterium University.

On the day of his homecoming, Avery drunkenly confides in a beautiful stranger, telling her everything about his travels. When Avery awakens, hungover and confused, he discovers that his worst nightmare has come true: the mysterious girl has gone to Trelari to rule as a Dark Queen.

Avery must travel back to the bewitched land and liberate the magical creatures . . . but in order to do so, he has to join forces with the very people who fought him as the Dark Lord.

Reviews of The Dark Lord

What Heckel has constructed here is actually a very clever premise that's surprisingly complicated and deep for such a humorous novel.

A diverting, heartfelt adventure that provides laughs in between earnest moments and spells.