Published… but now what? 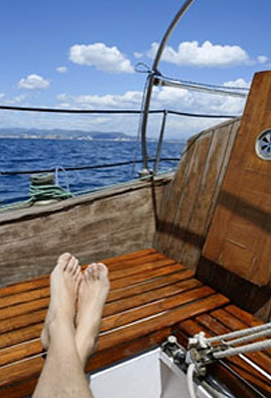 Jack Heckel’s quest for publication began sometime in 2008, when we first had the idea for our novels. Most of the writing was done in 2009, probably bleeding into the early part of 2010. There were beta readers, feedback sessions, a long weekend of edits at a hotel in Maryland, and still more edits between 2010 and 2012. 2011 and 2012 were filled with rejections. We couldn’t even get out of the slush pile with agents.

In 2012, we entered The Charming Tales (known to us in those days as “Charming”) in an unagented submission call from Harper Voyager, along with nearly 5,000 other people. When we didn’t hear back from them at the end of 2012, we assumed that not only had we been rejected (yet again), but that we weren’t even good enough to warrant a form letter response telling us that we weren’t right. It wasn’t until another writer friend received a rejection in May of 2013 that we had any hope.

We inquired over the summer and received a response that they were still interested. We were finally accepted in January of 2014, almost five years after Magdela had first soared over the Picketts’ farm. In August, Once Upon a Rhyme was published. Tada! Book publication! Triumph at last! 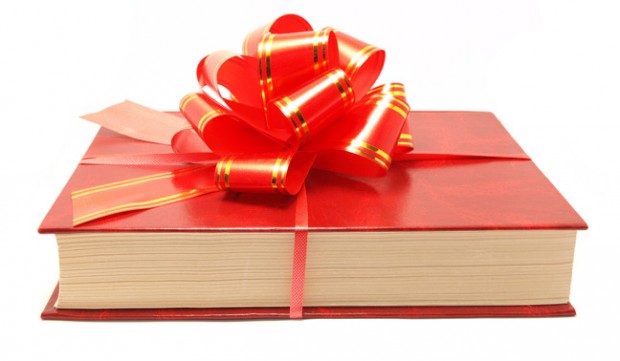 Five years of struggle had come to an end, and all we needed to do was sit back and relax. Our book was published, and not only that, the second volume, Happily Never After, was ready to go.

I feel like our story should end, “And they wrote happily ever after until the end of their days when the noble vessel, Double Entendre, sailed beyond the realm of social media.”

Okay, I wouldn’t end it quite that dramatically, but I feel like that’s what happens to many people when they get published, even if they know better. We all want our books to be loved and bought by millions, made into a series of movies and have a theme park. We then believe we will quit our day jobs and spend our remaining years blissfully sculpting worlds and putting them into flowing prose.

For all the struggling writers out there, here’s what really happens when you get published.

First, there are the reviews. Some will come out even before your book. Everyone wants good reviews and lots of them. We all hope that our books will be well-loved, cherished by posterity and that the kids of the future will be forced to read them in a literature class about the 21st century. It doesn’t matter if it’s a romance, YA fantasy, mystery novel or nonfiction piece. I haven’t met an author who doesn’t want that for their book. I know I asked myself, “Am I the next JRR Tolkien? George RR Martin? Maybe Terry Brooks? Um… someone who’s regularly stocked in mass market paperbacks? (And no, I didn’t ask about JK Rowling because I couldn’t imagine that level of success.)”

You find yourself watching, searching the internet, waiting for your agent/editor/publicist to to tell you that a review has been posted. No matter how fast they come out, it seems like it’s painfully slow. Some type of terrible exquisite torture of anticipation, ultra-fast inhaling of review content and then a sense of relief followed by the return of the anticipation. Fortunately, the first ones tend to be professional reviewers giving honest opinions and usually, your book is okay. A few friends or acquaintances love your stuff and some other people you don’t know decide they love your book, and you feel great.

You start watching Amazon sales rankings. Maybe you are happy, maybe you are sad, but soon, you become confused because you don’t know what the rankings mean or how they are calculated, even after doing research. You hope that everything’s okay. You go about your life, wondering if you’ll be able to quit your day job in a few weeks or have the extra funds to splurge on that luxury you’ve dreamed of buying.

And then, the heinous review happens. And you die inside.

The questions begin. “OMG! Am I a hack who regurgitates tropes? Are there strange political undertones in my novel? How bad was my writing? Didn’t someone at the publisher do copy edits? Are my characters really that boring? Did my publisher make a heinous mistake and accidentally publish my book instead of something good? What if all my beta readers lied to me? How can I show my face in public?”

Hopefully, you have a strong support group and don’t get too worried. You know the truth will come with the first royalty check. Every writer hopes, regardless of any and all evidence to the contrary that when that first royalty check comes, it will feel like winning the lottery. 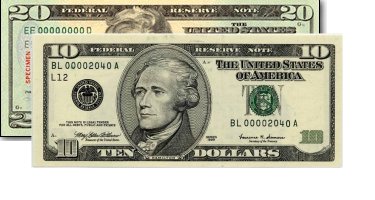 The point being that most of the time, that first check is disappointing. I know a few people who have received one that exceeded their expectations, but they are very few in number. It’s amazing to receive a royalty check, but whether it’s five thousand dollars or five hundred dollars or worse still, five dollars, the realization sets in for the vast majority of first time authors that “No, you can’t quit your day job.” It’s a painful feeling.

After the initial discouragement, most of the authors I know decide that if they only promote themselves and their book, the reviews and royalties will change dramatically by the time the next check comes.

They throw themselves into social media as best they can, set up appearances and signings and resolve that things will get better. And things usually do get better, but not “quit your day job” better.

At this point, it’s easy to wonder why you put in years of work writing and editing, sacrificing your evenings, mornings, lunch hours, weekends, etc. to make next to nothing.

So, if that’s you, here’s what you need to do: Write your next novel.

The best sales week that Once Upon a Rhyme ever had was the day that Happily Never After got published. All the reviews pay off. Social media pays off. Conventions, book signings, charity events, all pay off, but it takes time and lots of effort.

The Charming Tales took five years to go from concept to publication. We are looking forward to the next five years with the paperback of A Fairy-tale Ending in October, Pitchfork of Destiny in December, hopefully a new series in 2016. But it will be a long road ahead.

And if you get a royalty check, enjoy it no matter how small it might be.

May your dreams come true!

My thoughts (and half of Jack Heckel’s) on reality after publication. I hope that all the aspiring and new authors will find it helpful. To quote Galaxy Quest, “Never give up! Never surrender!”