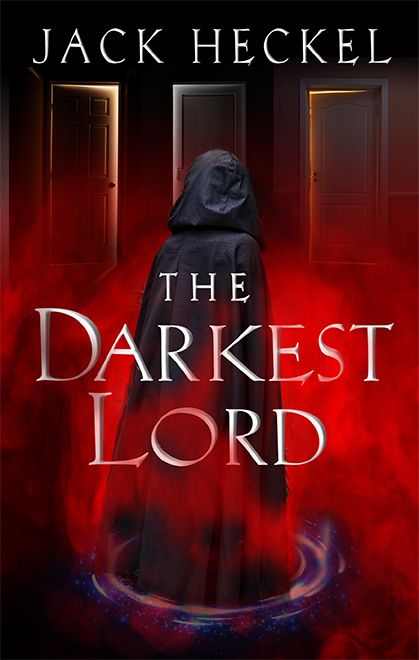 Will you read our book. It took us months to write, will you take a look. It’s based on sci-fi and fantasy novels we’ve read over the years, and we love being paperback writers.

With apologies to the Fab Four, the big news today is that The Darkest Lord is officially out as a paperback! Yea! If you haven’t had a chance or have been waiting for a more tangible form of media before getting a copy, now is the time to check it out! You can purchase copies at any of your finest purveyors of the written word.

To give you a little taste, here is a little bit of the book about the books.

I am not sure what I was expecting. Part of me still had not gotten over the whole Order of Execution and was half braced for some further dreadful revelation. I can tell you that the last thing on my mind was my novel, but there it was in his hand. A copy of The Dark Lord by Jack Heckel. He held a quill in his other hand.

“Could I get you, all of you, to sign my copy of The Dark Lord?”

Ariella hid her face in her hands while the rest of us exchanged puzzled looks. At last, Valdara answered, a bit uncertainly. “Of course, High Archon, it would be our . . . honor?”

A wide smile stretched across his face, and he rubbed his hands together with unelven glee. “Excellent! I am trying to get autographs from the entire Company of the Fellowship. Can you imagine how jealous the dwarf lords will be? To say nothing of any mortal men I might come across.”

While the others lined up to put their signatures in the book, Allaria, who I must mention has a voice that sounds as if it comes from Seventh Heaven (a delightful subworld, for the record), leaned over to me and whispered, “I do apologize. He can be quite obsessive with his collecting. He has kept the shattered pieces of your old staff for years, because he claims they are bound to be valuable one day.”

“It’s true,” said Solon, who was suddenly standing next to me with the book. “One day I will reforge your staff. It will be a collector’s item. This I swear.” He put the quill in my hands. “By the way, why write the book under a nom de plume?”

“A what kind of plum?” asked Sam quizzically.

“It just means that it was written under a different name, even though it’s my story,” I said as I signed. “Although technically it isn’t a nom de plume because I didn’t write either of the books.”

“The Dark Lord and The Darker Lord.” I handed him the book and quill back. “A sequel recently came out.”

“There’s a sequel? I must have it!” he exclaimed.

“It isn’t available just yet. In Trelari, I mean,” I said, trying to figure out how to explain an e-reader to an elven lord.

“Wait,” said Drake, “does that mean we are in the third book at this very moment?”

I shrugged and sighed. “I don’t know what it means. In my world, most series are trilogies. After the third book, everything is over. If that holds for us, this should be the end. Eldrin is convinced it is.”

Sam swallowed. “So, are we all going to die?”

“No,” said Ariella, who seemed to have perked up now that the book signing was over. “I researched Mysterium literature a great deal in preparation for school. It just means that this arc will come to a conclusion. We might all live. One of us might even get a spin-off series.”